Compared to the barrier filter, the disperse particles in the fluid are separated in the cyclone by means of centrifugal force. This is achieved by flowing through a fixed vessel. The mixture to be separated is fed tangentially into the cyclone, where it experiences a concentrically rotating flow in a round vessel cross-section. Due to the direction of the flow, centrifugal forces act on the dispersed particles, which produce a radial settling direction towards the vessel wall. The fluid flows in a kind of turbulent flow down to the lower part of the cyclone. Through a gap between the inner wall of the cyclone tube and the flow deflection plate, the particles are thrown out of the water flow into the extraction space in the lower part of the cyclone by the effect of centrifugal force. The water flow, largely freed from particles, flows through the outlet pipe at the head part due to pressure differences in an internal vortex directed upwards.

There are tubular or conical vessels. The extraction chamber in the lower part of the cyclone can be opened to the atmosphere cyclically and time-controlled, either manually or automatically, via a valve in order to flush out the separated particles. The differential pressure between the system and the atmosphere washes the particle sludge out of the system via a blow-down line into a settling tank, for example. Due to this simple emptying by means of system pressure, the system does not require any additional motors, pumps, sensors and other components that are at risk of failure for sludge removal. 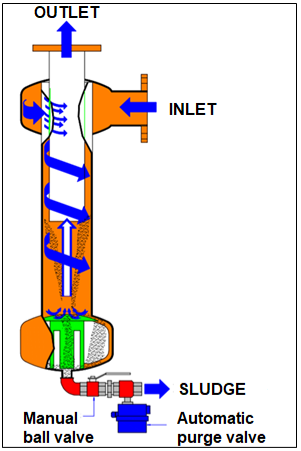 In contrast to so-called barrier filter systems (e.g. mesh or sand filters), which have an increasing pressure difference with increasing clogging, the cyclone separator is characterized by an always static pressure loss during operation. The pressure loss (differential pressure) only depends on the flow rate and increases almost linearly relative to the flow rate up to a maximum of 0.8 bar.

Cyclonic separators have a wide variety of applications and can be installed in many ways, from single installation (full flow) to multiple installation (by-pass systems). Separators are specifically designed to help improve the quality of process fluids. They provide an excellent method for removing unwanted settleable particles, sand, sludge, scale and suspended solids from a wide variety of process fluids. They are used in cooling water filtration, filtration of process water (e.g. automotive industry, food industry, chemical industry) and river water, car washes and aquaculture. They offer heat pumps reliable protection against abrasion by sand grains. 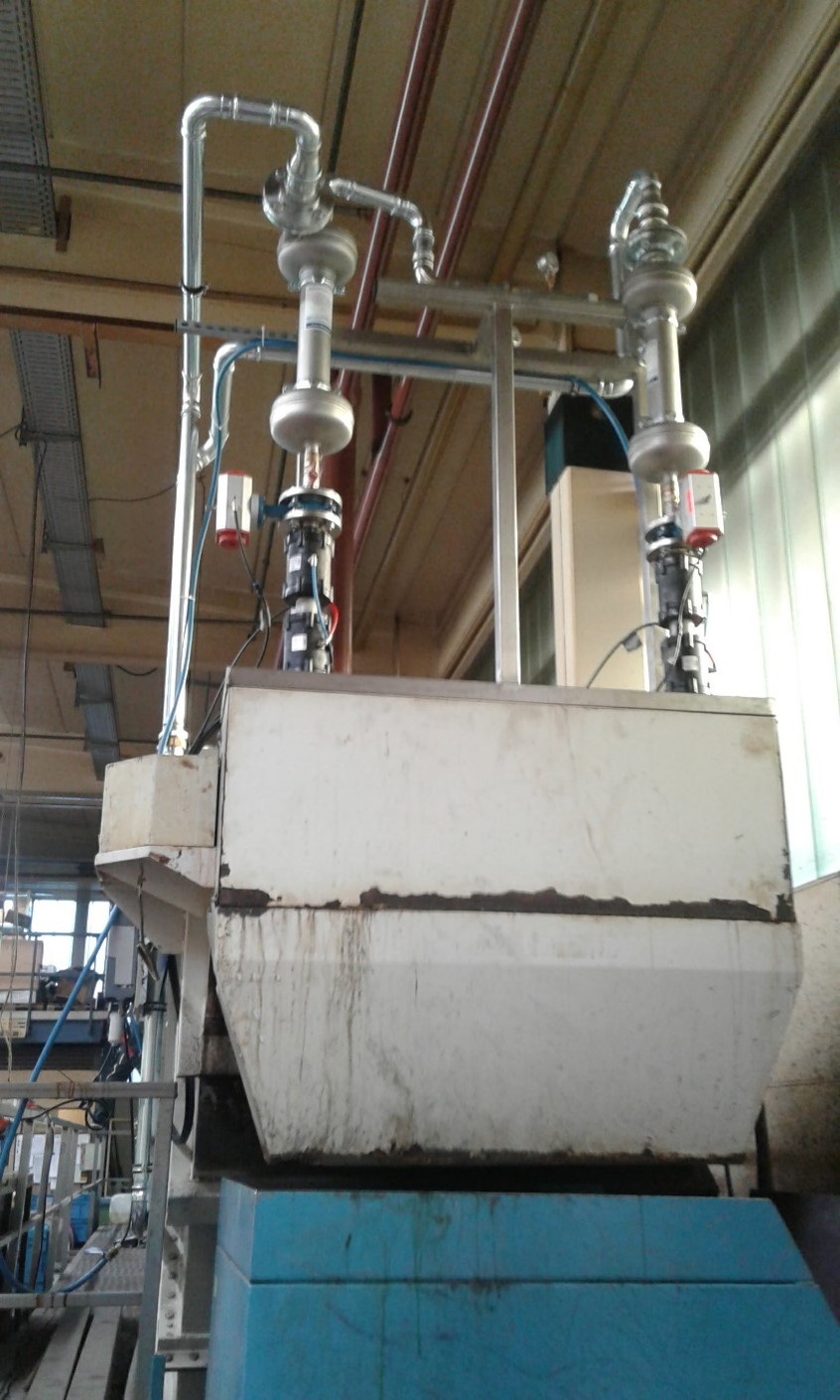 Cyclonic separators in a cooling circuit

We use cookies on our website. Some of them are essential for the operation of the site, while others help us to improve this site and the user experience (tracking cookies). You can decide for yourself whether you want to allow cookies or not. Please note that if you reject them, you may not be able to use all the functionalities of the site.