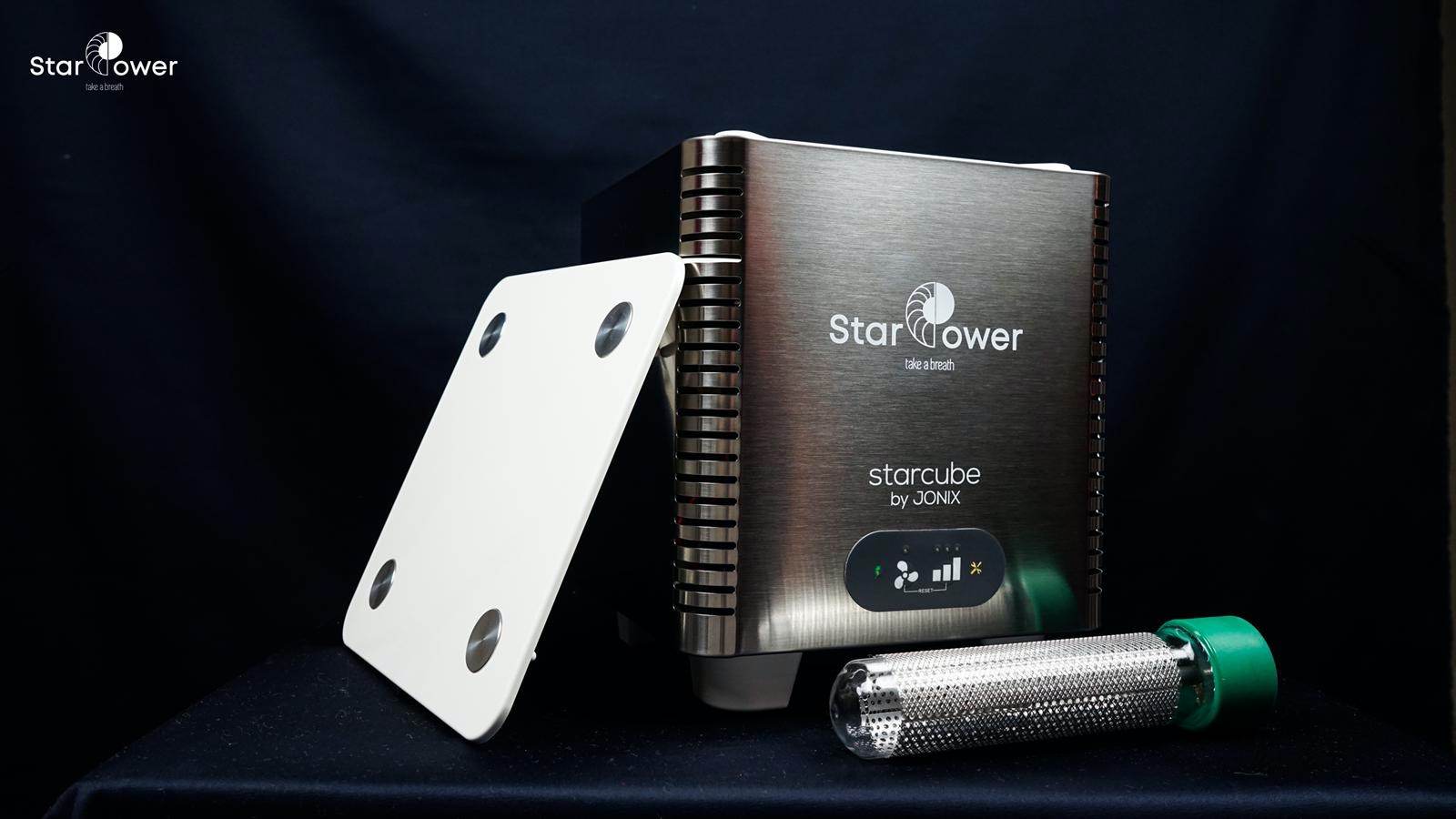 How does the device work?

The JONIX Star Cube is an air ionization device that generates ionized molecules (so-called "free radicals") from the air on high-voltage electric discharge tubes. This technology is also known as "cold plasma" or "non-thermal plasma" (NTP). Free radicals oxidize ("burn") molecules suspended in the air, destroying them without producing harmful side effects or harmful substances. A large number of extensive studies on the disinfecting effect of non-thermal plasma are available worldwide.

The device has been awarded the "BIOSAFE" seal of approval, which tests whether the device complies with the limit values for harmful substances according to the European standards for the quality of indoor air and whether it demonstrably improves the air by eliminating harmful substances (odors, volatile organic substances, mold spores, bacteria, viruses) from the indoor air. Both is the case. The device is also "TÜV PROFI CERT" certified and of course "CE" marked. Among other things, it produces minimal amounts of ozone (O3), but these are far below the limit values for indoor air. (EN 14412 / EN 16000)

Are there any noticeable effects when the device is working?

The unit produces a very quiet humming sound from the fan and ionization tube, similar to a quiet air conditioner. The ionization produces an "electric smell" in the air, which is described by some people as "like after a thunderstorm". The unit has three operating levels with which the intensity can be adjusted. Bad odours are significantly reduced and the air smells "cleaner and fresher".  Of course this is a very individual perception.

Is the device an air filter?

No, the device is not an air filter. It works by generating hygienizing molecules from the air in the room and distributing them throughout the room. The device does not produce any noticeable draught, has no replaceable disposable filters, consumes minimal electricity and has a very low noise level.

Does the device require consumables?

The device requires no consumables other than a very small amount of electricity. Therefore, no waste is produced. After 800 hours the reusable stainless steel protection filter on the fan must be washed under running water and after 8000 hours of operation the ionization tubes must be replaced. This can be carried out by anyone without any further special knowledge and in compliance with the operating instructions.

Has the disinfecting effect been confirmed?

The University of Padua, Prof. Andrea Crisanti, has confirmed the effect of the device on CORONA viruses (SARS- CoV2) and determined a reduction of the virus load by 99.9999% ( Log7) in the room air.

The institute ARCHA / Pisa, confirms a very good effect against indicator germs such as black mould spores, staphylococci and yeasts.

How is the device used?

The device is simply placed in the room and switched on. The disinfecting agents are distributed in the room by the built-in mini-fan and the normal air movement caused by heating or ventilation and can thus take effect. Depending on the pollution of the room air (many people, strong odours) the device can be operated in three operating stages ( strengths ).

Recommendation: The device should be placed in the middle of the room, as free and accessible as possible. If ventilation or radiators generate a constant air flow (convection), the device can also be placed at the ventilation outlet or above the radiator.

Do not place any objects on top of the unit; placing the unit directly against the wall, in cabinets or between shelves impedes the air circulation and thus the effect.

Which room size can be treated with a STAR CUBE?

The STAR CUBE is designed for a room size of approx. 70m2 with a ceiling height of 2.5 meters. (150 -175 m3 volume). High load and unfavorable room conditions limit the circulation and effect. Larger units are available, but we recommend that several units be distributed in larger rooms rather than one large unit. The air circulation or placement in the room is decisive for the distribution of the active ingredients. Use one device for each room you want to treat. Normal door openings are not sufficient to ensure sufficient circulation across several rooms.

Is it possible to overdose with JONIX devices?

No. Even at operating level 3 in continuous operation, the maximum permissible values (MAK - values) for the released active ingredients, for example ozone (O3), are not exceeded according to the BIOSAFE certification. If the generated odour is perceived as too strong, the device can be operated one operating level lower or at intervals with a timer.

JONIX Star Cube units are just one element in a network of measures to improve hygiene and reduce indoor pollution.

JONIX devices cannot replace used oxygen and do not destroy CO2 in the breathing air. JONIX treated rooms must nevertheless be ventilated regularly.

Observe the rules of hygiene, we recommend wearing a mask, keep your distance and wash your hands regularly.

We use cookies on our website. Some of them are essential for the operation of the site, while others help us to improve this site and the user experience (tracking cookies). You can decide for yourself whether you want to allow cookies or not. Please note that if you reject them, you may not be able to use all the functionalities of the site.